I was talking about going to visit my family in Los Angeles today, and the first thing out of my friend’s mouth was, “But what if you get an audition? Don’t go until you get a job!”

She had a point!

It is kinda Murphy’s Law that the minute you go out of town, you get an important audition. In fact, it had happened to me on a past trip to LA, which had to be cut short to rush back to NYC for an important Broadway audition. Sure, I shortened my trip, booked a ridiculously expensive last minute ticket only to walk in the room, sing my face off and have them say with the enthusiasm of a mop, “Thank you.”

And then a screeeeeech went off in my head (…that’s what really happens in my head when I catch myself saying irrational things). #egocheck Then, my head said in a big, loud voice, “No! Actually they didn’t know all of that.”

Silly me! My brain was right!!! Why in the world would they know that??? I had made the choice to do all of that! I chose to fly back! I chose to change the flight. So, no, they had no idea that I did all that because when I got the appointment, I just said, “Sure I’ll be there!” like an obedient actor.

BUT, guess what? I could have totally just said no to that audition! I could have said, “No,” AND THAT WOULD HAVE BEEN TOTALLY OKAY. #sayingno

So often in this business, we are at the mercy of other’s people’s time. It’s a lot of hurry up and wait. It’s hard to plan to leave because you don’t know when Broadway might call.

Well, what about your life?

When does it stop? What is the line that you have to draw to keep things in balance?

Obviously each situation is different, and each audition certainly has different ratings as to which ones are easier to say no to. (TRUTH: With the audition above, my agent did everything in his power to get the appointment moved, but to no avail… but I STILL CHOSE TO GO! I’m still glad I went, because if I hadn’t, I would have kicked myself and wondered if I should have.)

And it’s amazing what happens when we do that. Suddenly, you get your power back and put into perspective what really matters. And sometimes other things in life are just way more important than an audition.

And by the way, I’m saying that as my friend and I have just talked about keeping Thursday open JUST IN CASE we get a callback to that show we just auditioned for today.

Leslie Becker is an award-winning actress, writer and creator of The Organized Actor®, who is passionate about inspiring, entertaining and educating others. Sign up below for more tips for workin’ your acting career and your life at www.OrganizedActor.com.

Mastering the Scariest Word In Your Vocabulary 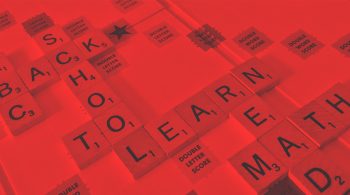 Mastering the Scariest Word In Your Vocabulary 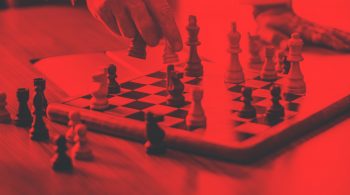